Blockchain and all cryptocurrency related topics have been at a all time high when it comes to hype and value over the last few months. A specific sub-topic of cryptocurrencies has been more prominent on the news than the rest, NFTs (non-fungible-tokens). I have no intention to write for the 1001 time what an NFT is other than the absolute basics for you to get this post, there are already plenty of articles about it as there are youtube videos. Google/Bing it.

I’ve spent the last few months researching,learning about NFTs and the ecosystem around them, and although sceptical at first, I am now convinced there is something special there. I tried the easiest route first, and asked on our work slack what the hell was up with NFTs and their hype, and I got a lot of sceptical-like answers.

This meant only one thing, I had to go outside my bubble, and the only way I know how is put my cash where my mouth is and get into the damn thing.

NFT in a minute

An NFT is an object, that can belong to a collection. NFTs are created or minted (typically by an artist or team) and come with certain properties that define how rare an NFT is. Example: 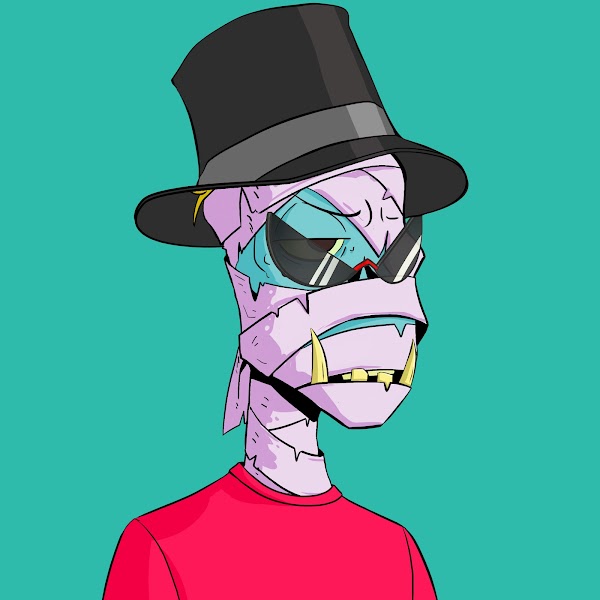 This is my Bored Mummy that I bought from the Bored Mummy Waking Up project, its number 1649 out of 8900 mummies that exist and these are it’s properties 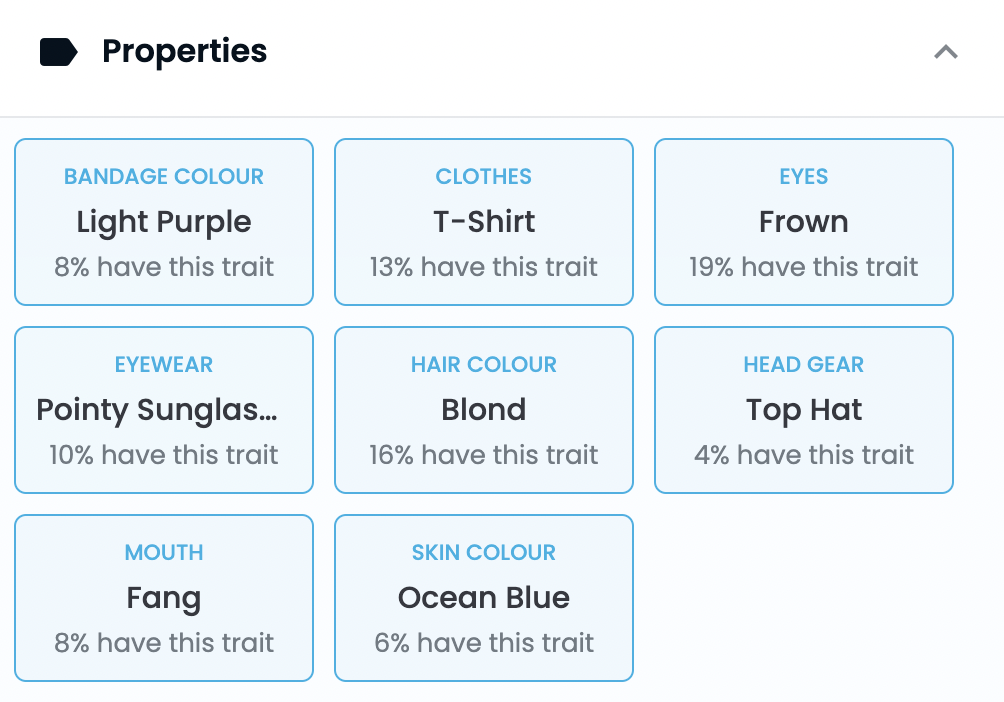 The yellow laser and Gold space mask raise the rarity of this mummy and by demand of the people that buy the price also goes up.

These properties are all accessible via code as all of these are stored in the blockchain.

Thats all you really need to know.

Getting educated on the subject

I started by trying to understand what the hell was an NFT and how could I get one, I went to youtube for my initial education.

This… felt like a scam. A bunch of “influencers” pushing for their favorite NFT projects to get people to buy and make prices go up. However, I also did notice these were all the same type videos, so I decided to ignore this and dig a bit deeper.

I had a bunch of Ether left on an old account so I registered for an opensea account and started exploring the different projects, at the same time Mark Zuckerberg gave his interview where he talked about the metaverse and where facebook introduced their new VR solution called Horizon Workrooms.

A lot of the projects that exist today, won’t be here two years from now. NFTs started as an “artist can get paid and royalties without middleman” and have since changed into large projects that involve heavy software engineering skills to deliver.

Even influencers and people bullish on NFTs (like Gary Vee) warn you that most projects won’t be here and for you not to invest any money you aren’t prepared to lose tomorrow.

However in the middle of all these projects, there are some that appear well staffed, just take a look at the team behind Star Atlas as an example, its a beautiful website with a great promise of selling NFTs that will be usable in game, this is a huge endevour, that involves lots of different skills from coding (both ingame, app and blockchain development), to graphic design, and all the management structure (PS: I have no involvement with the Star Atlas team).

Star Atlas, although more evolved than the remainder of most projects that I’ve seen, is still only a limited view of the potential NFTs might have…

The metaverse is a concept we first heard about in Snowcrash a movie from 1992, it was a virtual shared space created by mixing both the virtual and physical world. We’ve seen other examples of this, OASIS from ready player one, and one could argue Sword art online is a complete metaverse, but to put it simply, think of the metaverse as a system where if something happens in the digital world, has some type of impact in the physical world and vice-versa.

I would love to see a company start to work on building a proper metaverse, not one focused on games but building the base blocks (similar to how roblox did it to enable people that wanted to create worlds) where all of this could be used for more than just gaming (as personally I feel that is too easy of a use case, Fortnite has been doing it without blockchain already for a while one could argue). Here is an example:

Lets say you have a pet in the physical world, and the digital one too (how many of you that play games copy your real life pets into in-game pets?). And unfortunately your pet dies due to a desease that isn’t well researched and you decide to honor his memory, you want to play your part and fund one of these programmes.

In a real metaverse, here is how that goes.

Upon unfortunately your pet dying you mint an NFT and immediately build a smart contract that says when that NFT is sold all profit is directed to an institution that does research in the areas of study against this decease by simply adding the address of their wallet. The NFT of my pet has a “contributor to research advancement” property and whomever ends up being the owner is able to show that they made a difference.

Another example is with art, imagine buying a piece in real life that comes with an NFT, one you could use in your virtual office in Facebook Workrooms (or any other virtual workspace since we will have unified APIs that make all the different platforms compatible). You find a new artist, you put their painting up in both real life and digital office, over time people that visit your office get to know the artist, he becomes more famous, more people buy more of his paintings OR NFTs and both your digital version and physical version go up in value. All while being able to give back royalties to the original artist…

I don’t get the point…

It’s possible you don’t and that it might not make sense to you. You could easily say “this is a solved problem if you want to fund a programme just fund a programme”, but the reality is this way I could probably raise more money and faster.

It’s about the clout!

We lie to ourselves if we think that everyone has the same objectives, be it altruist,make money or simply being able to show off to your friends the cool collection of NFTs that you have. The metaverse needs to just like the real world does, support and have mechanisms for all these different types of personas.

I’ve met a LOT of people that could not care less about how they dress, what others think of them, or clout at all. Just like there are others that do, specially with the younger generation… Just like how I love my Air Jordan 1 collection and anytime I go out I love picking the right outfit, I treat my NFTs the same way… 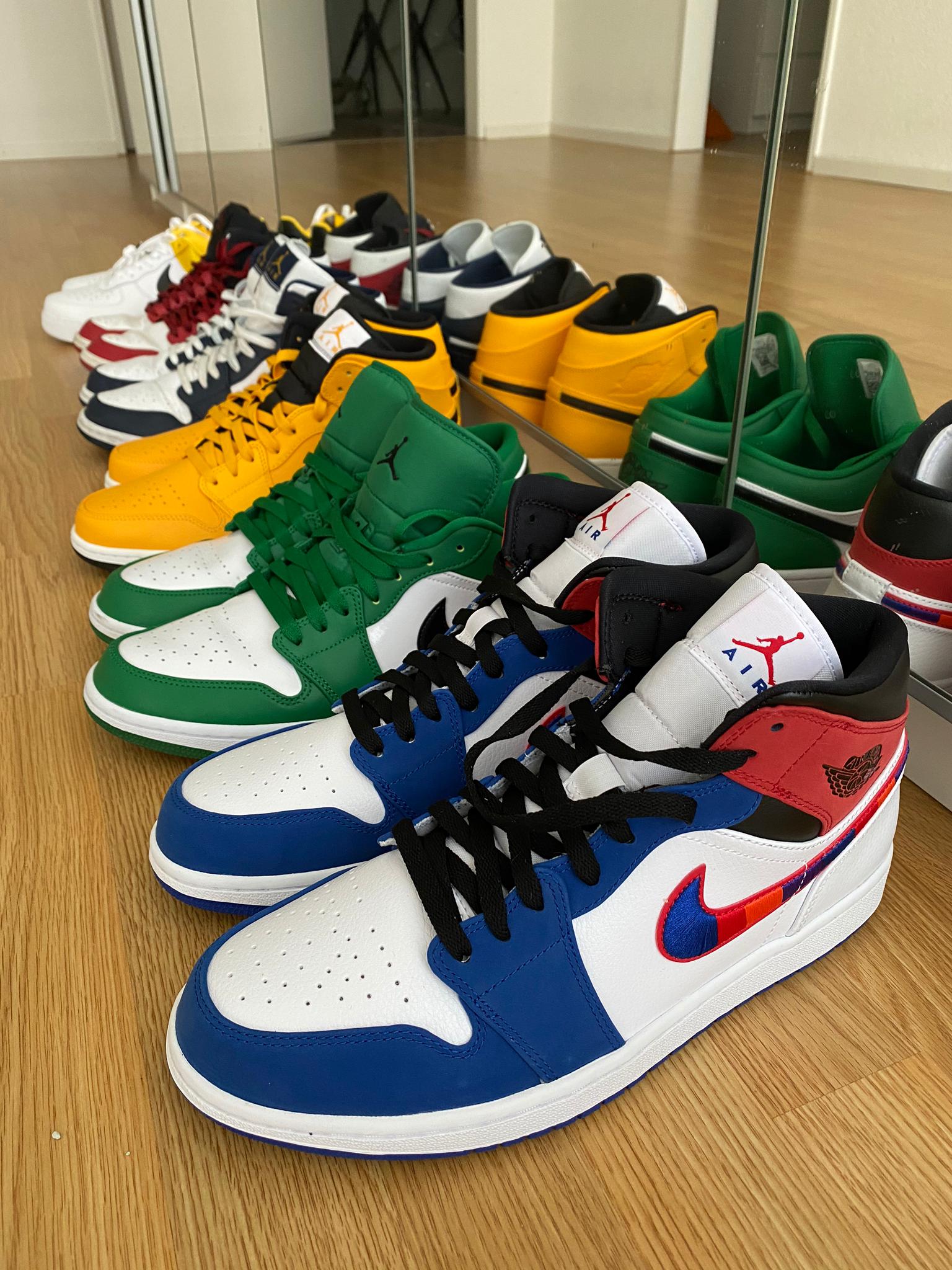 It’s early in the game of NFTs.

Right now unfortunately much of it is still a game of quick flip for a coin, however the future is bright. I look around and the two companies I see most poised to be able to successfully achieve something in this space is Microsoft and Facebook. Both have interesting ecosystems,penetration with users and budgets to really build something special.

Another potential contender is certainly Disney. With all the different universes they have, there is sooo much potential to do something interesting with Marvel, Star wars, Pixar, and their counter parts in the real world like their parks and toys. I hope they jump on this bandwagon soon.

I’ve only briefly started digging into the potential of metaverse, but already have ton of ideas. We need an org that builds the foundations, standardized API’s and contracts that allow for communication between physical and digital, but also the different universes within the digital.

How is the VC space feeling about investing in metaverse focused companies ?

One last observation… what made them big is also hurting them.

Ethereum and their smart contracts allowed for the creation of NFTs, however I also believe its what is hurting them at the moment. The gas fees on the Ethereum blockchain are high and often stopping people from buying NFTs, just look at the example from this transaction 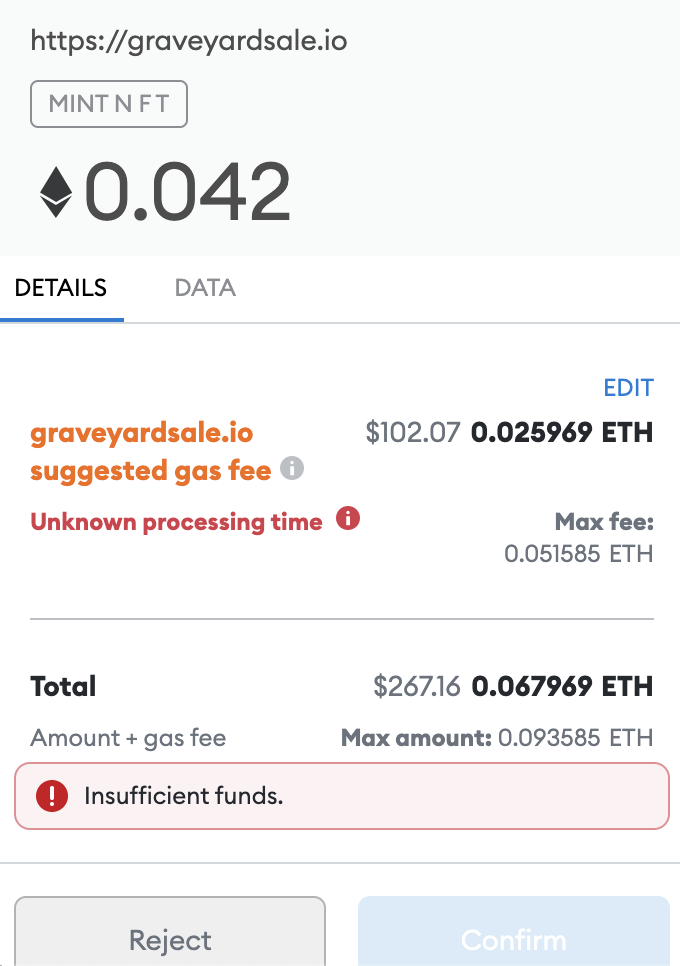 Ethereum 2.0 is coming out next year which will help with this, but it’s a shame to see how much this is currently hurting the growth of NFT communities.